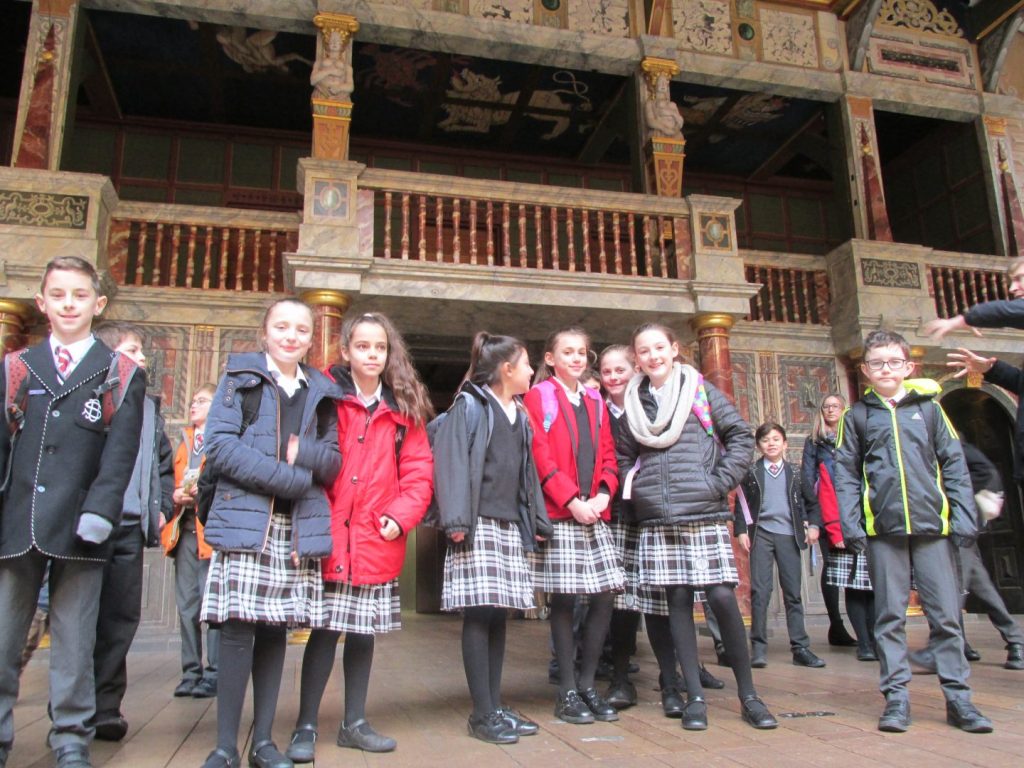 On the Friday before half term, Year 6 travelled to London to spend an exciting and informative day at the Globe Theatre. Once there, we were divided into three workshop groups and were given a tour of the theatre by some resident actors. The tour was really informative and took us from the entrance to the pits and the gallery to the stage where we later got to act too! Fortunately nobody descended to hell through the trapdoor.

Next we were taken on our groups to some drama studios where we spent an hour working on some drama exercises related to both the plays ‘Macbeth’ which we have been studying in class and ‘Twelfth Night’, the Year 6 Drama Production this term. The actors were brilliant and some budding young actors were spotted!

After lunch in one of the studios, it was off to watch the sword fighting demonstration where a couple actually fought as they would have in Shakespearian times and plays using a variety of swords, daggers and long wooden poles. This was great fun and some of us even got to hold the swords. A short trip to the very expensive but excellent shop followed and finally we looked around the Exhibition Hall where we had to focus on answering some questions.

All in all an excellent day to finish off our Shakespeare project.

Quotes from Year 6 on the Globe:

‘I loved the drama workshop. It was really fun and interesting’. Rhianna P

‘The Globe theatre was an amazing trip, as when you walked into the theatre, it felt like a different world’ Ben B

‘I loved the sword fighting because you got to learn about the different swords.’ Anita B