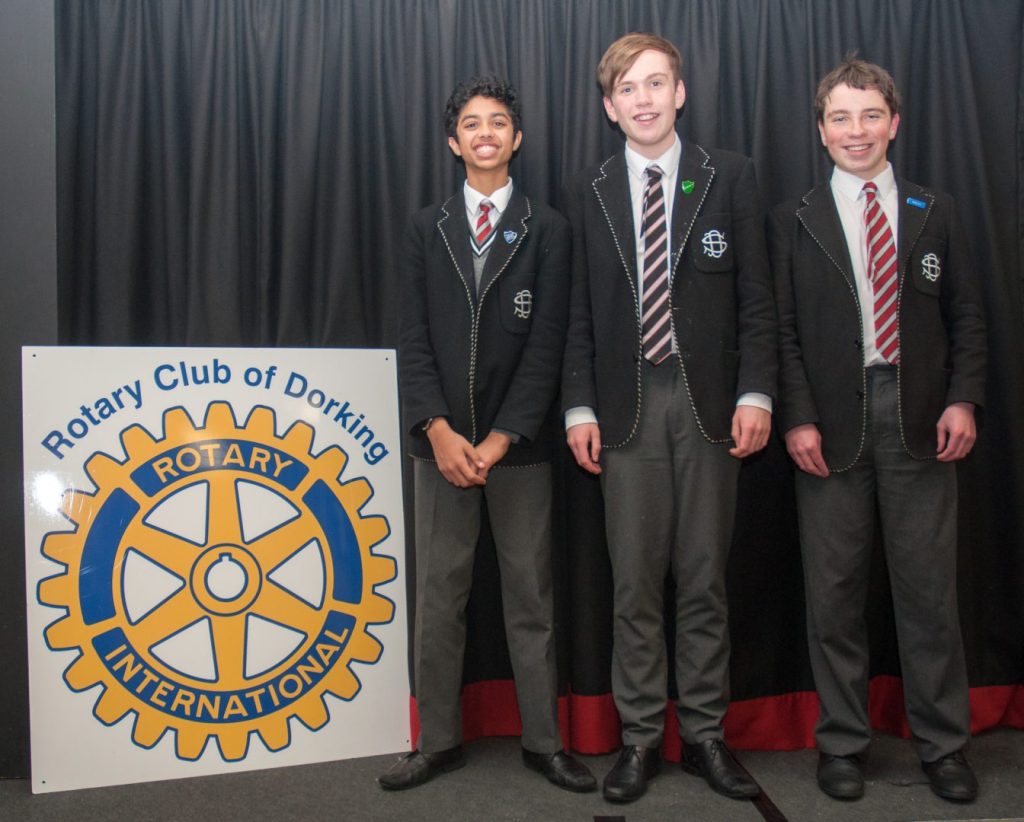 A few weeks ago Downsend hosted the first round of the Rotary Club’s National Public Speaking Competition. There were six teams taking part in the Intermediate section and just two in the Senior section. The teams came from St John’s, St Teresa’s, Manor House and, of course, Downsend who fielded two teams from Year 8. The boy’s team was made up of Chairperson – Meharpal G, – Speaker – Ollie G and Vote of Thanks – Matthew I. The girls’ team was Chairperson – Francesca T, Speaker – Alice L and Vote of Thanks – Hannah G. The standard of the speeches and speakers was phenomenal and the topics varied from the ‘Use of Palm Oil’, ‘Put down your devices’, ‘Make Poverty History’ and ‘Does money make the world go round?’

It was a thoroughly enjoyable evening and we are incredibly proud of both teams who equipped themselves beautifully and spoke eloquently and confidently. Public Speaking at Downsend has come a long way in 6 years – the original club attracted just 4 pupils. There are currently 42 pupils attending the club! It is such a great life skill and wonderful to see how many pupils have grown in self-confidence through their involvement in Public Speaking.

After a long wait whilst the judges deliberated, we listened to the Senior teams from St Teresa’s who were unbelievable and were given valuable feedback from each judge on each role of the team, it was time for the results. All teams were congratulated on their high standard, but the winners were St John’s and the runners-up – Downsend (Boys’ Team). This team has now qualified for the second round to be held at the end of next month! Congratulations boys!